16 Traits of Highly Successful People That Are Worth Emulating 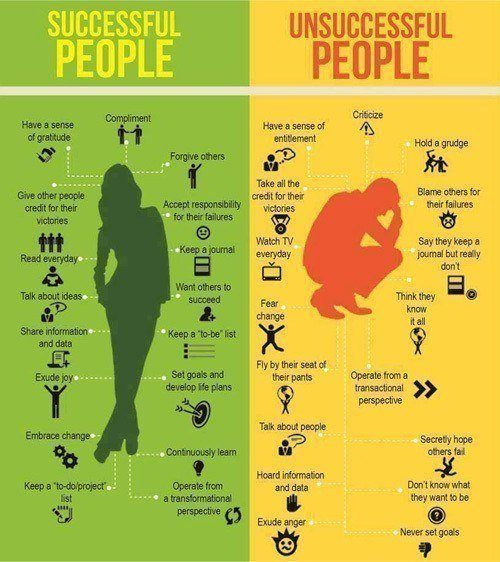 We all know someone who is successful in a particular field of life. We might not know them personally, but given that lots of successful people are relatively famous, we tend to hear from them a lot and we might think that we do.

Think about your favorite sports athlete, TV presenter, or movie star, or maybe even your preferred book author. Does he have a public persona? Most likely they do! This is the person that we see either on TV or gossip magazines, but that's not necessarily the real person.

What often happens, is that people want to emulate them, put them high on pedestals and, obviously, want to be like them. The problem though, is that what most of the time gets copied, is their 'external appearance', their public persona.

But, if you honestly want to be like your idols, you have to take a deeper look. You need to discover what is what drove them to become successful. In reality, you should forget the public persona and do your utmost to discover the real person behind the name.

There are several things that successful people have in common. It doesn't matter if they are famous, as in movie star famous, or just like the millionaire next door that nobody knows. Their personalities, specially when they're self made, have several traits in common.

Let's take a look at 16 of them and see why they work and what's worth imitating, if we want to be successful ourselves:

Imitate Successful People to be successful yourself

The purpose of this article is to make you aware of these traits with the idea of imitating them.

You don't need to imitate moves, hairstyles or dressing styles. Even living in certain neighborhoods or driving certain cars has nothing to do with it.

The traits worth imitating come from the inside and will motivate you to act in different, more effective, ways which will increase your chances of being successful yourself.