Who is Hermann Bock 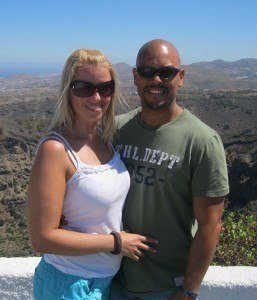 I am a happy person, who after many years of evolution has become highly interested in entrepreneurship and self reliance. Internet Marketing has become a passion of mine, which includes helping others develop that passion too, as well as the ability to write their own checks and not depend on a JOB to earn their money.

Even though I have a very european name, german to be exact, and live in Germany as of now; it wasn’t always this way. Born in Panama in the 1960s from a German father and a Venezuelan mother, I was however raised in a very small community in the small and traditional town of Trujillo, on the north coast of Honduras in Central America.

For years, I worked for the American Embassy in Tegucigalpa, the capital of Honduras and then, after 11 years of that, one day, one of the security officers decided that we, the IT team, were, a “security risk” (I swear there was no actual security risk involved, it was more fear of the new kid in the block, “The Internet“) and that was the end of that. Right then and there, I was placed on the street in front of the Embassy, not even allowed to take any of my personal stuff from “my office” (There I learned that it was definitely not mine, as I had thought for years).

After that I found, through a friend, a job at a company in Atlanta that developed software for hotels. Oh yes…that was my “dream job”! This was back in 1999 and to me back then, it was perfect! I had the opportunity to travel all over the American continent, staying in all these luxury hotels, like the Grafton on Sunset Boulevard in California or the Brickyard Crossing in Indianapolis, right beside the Indianapolis Racetrack, where the Nascar races take place.

Yes, I thought, this time I have it made! I would work three weeks and then I’d have one week free back in Honduras. Since I’ve always appreciated the opportunity to travel, this was like a dream come true. I was in Chile, Cuba, Colombia, Mexico, Guatemala, England, Scotland and lots of places in the United States. It was great! But then, SOMETHING HAPPENED!

September 11th, 2001! Yes, the attacks that took place in the United States on that date cost me my job. A couple of months after that, our company was not making any sales because tourists were afraid of travelling and hotels, as a precaution, were not buying software. A chain of events OUT OF MY CONTROL that left me, once again, jobless in a tiny country in Central America.

What to do now?

That’s when I decided that I had to leave the country. And, where does a latino go, when he decides to leave his country?

The land where your dreams can come true. So, I did that and spent a year in New York City. Did construction work and anything that fell onto my lap. And yet, the fact that I was an illegal immigrant was like a huge weight attached to my feet, limiting my movement.

There was no feeling of FREEDOM, so I decided to take action, and after about six months of research and lots of paperwork, I was the proud owner of a valid German passport. This was facilitated by the fact that my father was German. So for the last 10 years I’ve been living in this amazingly organized country.

But how did I end up starting my own online business?

Well, recently here in Germany, after working for seven years for a small lacquer manufacturing company, we were bought by a big corporation which decided, for no apparent reason, to shut our small company down. And I thought, ok, THREE TIMES IS ENOUGH!

In three different occasion during my working life, I’ve had the rug pulled from under my feet. And I couldn’t do a thing.

After some digging, I discovered that the easiest, smartest and most financially savvy way to start my “OWN” business, is if I do it online. And one of the most complete and competent people that I’ve found to help me along the way is the OLSP Academy with its awesome amount of FREE training as well as lots of ways to generate income, even as a free member.

So, here I am, building up my OWN online business that I can run from my home.

No! Specially at the beginning, it does require effort, concentration, some money and a burning desire to discover what is possible, if action is taken. But, if you can do that, and you can take consistent actions, there is actually nothing insurmountable standing between you and your success.

So, there you go, now you have a better idea of who Hermann Bock actually is.

Let me assure you, if you decide to join me at the OLSP Academy, you’ll not be left hanging. I will do the utmost to help you succeed and that, on top of all the support, training, tricks and tips that you’ll be entitled to once you join us.

In fact, if you have questions or doubts about how this can help you. Contact me using the options below and ask your questions. Don’t hesitate to do that!

So, what are you waiting for?

By the way, if you want to understand why I say that I'm a "BRAINWASHING SURVIVOR", take a look at this blog post where I explain it.

The Ultimate Life Hack: Stop Whining About Everything!