About Me, Blog, Self Improvement

How Losing My Religion Made Me A Better Online Marketer

This might end up being a very weird post on this blog. However, I need to let this out because it’s one of the reasons that held me back for so long.

See, I grew up as part of a very strict religious organization. Even though we didn’t have isolation camps, the techniques that were, and are still used were so effective, that even to this day, I tend to go on automatic in a lot of situations, trying to do what was ingrained in me for so many years.

There are behaviors and situations that people see as the most normal thing that were tabu for me.

For example, growing a beard. Unbelievable, isn’t it!!! If you’re a male in the normal world, you either like a beard or you don’t. And based on that and on your genetics, you might either grow one or not. It’s very simple and there is no shame in either doing it or not doing it. It’s assumed that, if you are the hairy type, you can do it, if you so desire. It’s actually no big deal.

Because even though I could ‘genetically‘ grow a bear, it was for years, a source of huge guilt if I did. And when I say guilt, I mean avoiding people that knew me, just because I didn’t shave for a week, because of being sick or something. Even if I was alone, and looked at myself in the mirror, I would have this feeling of guilt for letting myself ‘go’.

Well, according to the tenets of my religion, people with beards, were associated with the ‘hippies‘ of the 60s and were, basically, bad people.

And yet, ALL the publications put out by the religion showed Jesus and all of the ‘worthies’ of the past with beards. And those pictures were always accompanied with captions encouraging us to ‘imitate’ them.

Think about the huge ‘mind job’!

The prohibition to sport beards was only one of the ‘don’ts’. There were many of them (please don’t laugh):

and many more. No point in continuing the list. I’m sure you get the point.

I must say, many of these NO NOS where not explicitly expressed openly. They were more subtly driven into your subconscious by repetition or by setting them against the ugly perspective of being destroyed during God’s last battle and not receiving the precious reward of ‘eternal life’. It was all based on big guilt trips that weighted on you constantly.

As you can see, lots of these things would have a very negative impact on a person trying to become an entrepreneur. One thing you HAVE to do, is attract attention to yourself.

You have to tell your story and become ‘attractive’ to your prospects and thus, earn their trust. If you don’t do that, you will not be successful.

It’s easy to see the conundrum I found myself in. I wanted to succeed online, but to do that, I had to become attractive to people but at the same time, I wasn’t supposed to attract attention to myself. Can you see how this could be a problem? And that’s just one example!

Well, what about the DOs? Oh, there were lots of them as well. And this is what I helped me become a better online marketer in the long run. Here are some of them:

and much, much more.

I must admit that having such a regimented life, kept me busy all the time. At the same time, it taught me lots about discipline and, what is more important for an online marketer, it gave me skills that are very precious for any webpreneur.

Would you just go and knock on people’s doors out of the blue to offer them some magazines – a huge case of ‘cold calling‘? I hated it, but I did it, and regularly!

What about having the discipline and perseverance to educate yourself about the ins and outs of online marketing without somebody pushing you constantly. That’s a huge skill I learned that helps me to this day. We had to read and study books completely, highlighting answers and thinking of ways of participating in the meetings.

And one of the best, in my opinion, is the ability to speak in public. As you probably know, speaking in public is one of the biggest fears people have. Some even fear it more than death. Unbelievable!

But I had to do talks every week and, sometimes, more than once a week. I had to travel to groups in different parts of the city, or even in other cities, just to deliver talks. This was something I really enjoyed. And you know why? Because I was attracting attention to myself and, to be really honest, I LIKED IT!

The Key? Getting rid of the Brainwashing

So, all in all, a lot of the skills I learned were excellent. However, the brainwashing behind it, didn’t allow me to apply those skills in more, let’s call them, lucrative spheres of life, like Internet Marketing.

I had to liberate myself. And indeed, as the Bible states: “The Truth shall set you FREE” – it did!

Once I was able to examine the beliefs of this religious organization from different angles, and discovered that most of it was ‘invented non-sense’, I was able to rid myself of the brainwashing and start building my online business.

Mind you, it wasn’t an easy process at all and it took me almost TWO years to complete it.

The thing is that your mind is a VERY POWERFUL device, which has only one purpose, namely, CONTROL YOU!

But once, you rid your mind of the wrong patterns of thinking, the wrong and discouraging beliefs and assumptions not based on reality, and you replace them with empowering beliefs, sound ways of thinking and great visions of success. It will guide you in the right direction. Almost effortlessly!

Why? You might wonder. Well, because you don’t have to be in a weird religion to have ‘wrong thinking patterns’, ‘discouraging beliefs’ and ‘unreal assumptions’. In fact, the majority of people are affected by these.

That’s why it’s SO IMPORTANT for you to identify these and annihilate them from your mind on a regular basis. It’s an ongoing process.

These thought patterns ‘respawn’ like zombies and if you’re not paying attention, they can repopulate your mind and take control again, leading you down the road of defeat once again.

You need to work on your mind EVERY DAY! Do you? ALL successful people do! That’s one of their main identifying characteristics!

Can you be successful with online marketing?

I bet you can! You just need two basic things:

Obviously, each step has sub-steps, but those are the basic ones. Every day do something to make your mind healthier and stronger and take specific and focused action that will bring you closer to whatever your goals are.

Here is something you could do right now. Click here and learn ways to do PRECISELY these two things and discover that being successful is actually not that complicated. 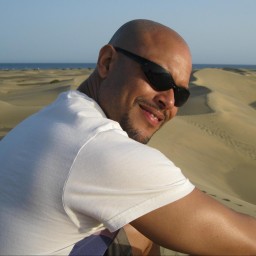